Mindy Patterson said her true inspiration for The Cavalry Group came about because of her involvement with the horse community and industry. For about a decade prior to HSUS’ Puppy Mill Cruelty Prevention Act Prop B (2010), she was very involved with the Missouri Equine Council and other horse organizations which brought her attention to situations around the country where HSUS’ had seized horse owners’ animals without warrant.

“I became involved with these cases on a volunteer basis and found that these people were targeted by HSUS and did not know their Constitutional rights to due process and private property and if they had access to help at the front end of these aggressive situations involving animal control officers hell-bent to take their animals under false pretenses, these cases could have been prevented,” Patterson told the Montana Agri-Women during her Animal Welfare vs. Animal Rights talk in Billings June 25.  “In all these cases, the victims were fully exonerated but their lives were destroyed by HSUS as they were painted as ‘animal abusers.’”

Then HSUS pushed Prop B in 2010 creating a path for the ASPCA, the Humane Society of Missouri and the Missouri Alliance for Animal Legislation.

“That’s when my husband and I launched our own campaign to fight against HSUS,” Patterson explained. “We had to reach those voters who were clueless about rural America and rural issues. This wasn’t just about eliminating dog breeders; this was about eliminating breeders of any domestic animal. Our desire was to help law-abiding dog breeders whose rights were being eroded. Basically, Prop B was trying to limit the number of animals someone could own and breed which is unconstitutional. I recall my husband saying, “As soon as this campaign is over, we’re going to build a framework for a national organization that will provide a united force to fight back and the Cavalry Group was born.”

One of the main goals of the Cavalry Group is to provide preemptive help to protect against unwarranted search and seizure. Another is working to defeat the aggressive onslaught of animal rights-driven legislation at the local, state, and federal levels and to advocate for animal industries in the media to undo the chokehold animal rights groups have on America’s views about agriculture and animal ownership.

“Animal rights activism hides behind a façade of animal welfare and while they prey upon emotions to raise money,” Patterson said. “Animal rights is a political agenda chipping away incrementally by altering Americans’ views about animal ownership and animal use through media, through our schools and through legislation and litigation. Their goal is to end use of animals in every possible capacity from biomedical research, food, entertainment, sport such as rodeos, dog racing, horse racing, fox hunting, trapping, fishing, companion animals and pets and especially the food on your plate.”

According to Patterson, “animal rights” is a $400-billion-dollar industry globally that is all about raising money. The $180 million annual donations just to HSUS, alone, goes toward lawyers and lobbyists, and are doing everything they can to making every effort to destroy our country with their view that anything anyone does to make money with animals is exploiting them.

“All fifty states already have animal cruelty laws on the books,” said Patterson. “Animal rights activists especially are working to destroy animal agriculture by raising the cost of meat, milk, eggs, pets and livestock; reduce the total production of those foods, pets and livestock; and weaken the economic structure of animal agri-business. This includes using emotion, not animal husbandry to force “regulatory reforms” working to eliminate animal confinement; eliminate breeding of animals and vilifying making a profit from breeding, selling or exhibiting animals.”

She cited local county and city ordinances that chip away at animal ownership including: anti-tether laws, exotic animal bans, banning of elephant guides, horse-drawn carriage bans, limitation of the number of animals you can own and breed; banning of petting zoos and more.

In Montgomery County, Maryland, the County Council passed Bill 23-17, an animal rights-driven bill that banned using a long list of animals for exhibit, fair, act, circus, ride or similar undertaking in which a performance animal is required to perform tricks, give rides or participate as accompaniments for the entertainment, amusement, or benefit of another.

Patterson points that such legislation is only an “eyelash away” from affecting everything we do in agriculture.

Don’t know much about elephants? An elephant guide is just that; a stick to guide an elephant. around. It’s very similar to the show stick used to make a heifer or steer ‘stretch out’ at a show or to move a pig around in a show.

“Animal rights activists are trying to make it so you can’t have any direct contact with an animal,” Patterson said. “That would have a profound impact on showing animals, including 4-H animals. In fact, San Diego is blaming 4-H kids and their show animals for the recent e-coli outbreak at their county fair.”

Dog breeding operations that activists now call “puppy mills” are breeding facilities which offer dogs for compensation. Dog breeders who sell to pet stores are required to be USDA licensed and inspected. Many states have strict laws and regulations overseeing commercial and non-commercial kennels who sell puppies to the public. Eliminating dog breeders impacts the entire economy including veterinarians, people selling dog beds, dog houses and other pet equipment and dog food. The HSUS is calling for these dog breeders to be shut down; one could only buy animals from their local shelters and rescues.

“The problem is most shelters and rescues have no oversight,” said Patterson. “Meanwhile, pet stores will be forced to only sell these “shelter dogs,” many that have brought in from China, Mexico, Puerto Rico. Every day people are getting bitten, hurt and killed by dogs coming in from foreign countries. These dogs are not tested for zoonotic and other canine diseases. However, HSUS has made sure that 240-plus local municipalities have banned the pet store sale of puppies, kittens and rabbits. HSUS will have the monopoly on people buying these unregulated ‘rescue dogs’ from pet stores and increasing their monopoly. This plays into the common goal of ending the use of animals in every capacity.”

“Just because animal activists claim to ‘care about animals’ does not mean they know anything about animal care. One concern is that the USDA considers the HSUS as a “stakeholder” but that group has nothing at stake,” Patterson said. “Keep in mind that HSUS uses its legislative platforms efforts to educate indoctrinate lawmakers. You We should do the same.”

She urges agriculturalists, pet owners, and anyone else who doesn’t want to see their rights to own animals be eliminated, to meet with their elected local, state, and federal representatives and get in touch with your local school board and find out to learn more about what they are teaching kids.

Ultimately, these animal rights groups are working to destroy the U.S. Constitution. How? “They are inserting language into bills that eliminate due process. Keep in mind that animals cannot be confiscated without a warrant,” Patterson cautioned. “The constitution is the highest law of the land so hold them accountable to our constitution.”

In Patterson’s home state of Missouri, she worked with State Representative Bryan Spencer to write the Working Animal Protection Act which was introduced in several state legislatures in 2019 but, unfortunately, did not pass. Patterson plans to re-introduce it again in Missouri and several states in 2020 to go on offense to protect working animals utilized in exhibition, education, transporation, and entertainment.

“At the end of the day, Patterson finalized her presentation by summizing, “Animal rights groups have banked on the American public remaining unaware of what is truly behind their emotionally charged propaganda which is often nothing more than a fundraising tactic for their radical agenda to destroy legal animal businesses.” 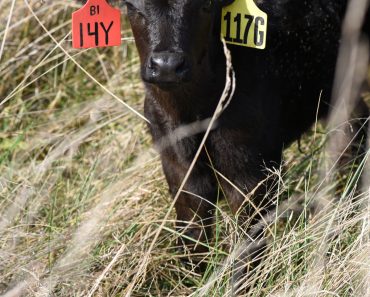 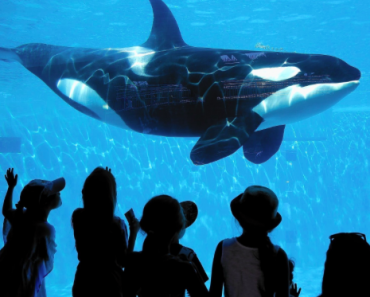 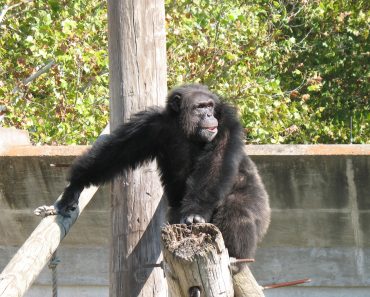