Imagine for a moment that you’re thinking about your lunch options. Would you like to go to a restaurant where you can sit down and eat? Or are you in a hurry? Maybe you would prefer to get something at a food truck? Now consider if your town passes an ordinance that requires restaurants to only sell food from food trucks. They can no longer prepare their own food. It doesn’t matter that the restaurants have to follow regulations and they’re inspected. They can only sell food from food trucks. The food has to be brought to the restaurants from the food trucks and served to the customers.

Doesn’t make much sense, does it? Yet that’s exactly what is happening in America with pet stores.

More than 250 municipalities – and the entire state of California – now have some regulations such as this regarding pet stores. Even though pet stores sell pets such as dogs and cats from USDA-licensed, regulated, and inspected breeders, town after town has passed ordinances requiring them to sell pets that come from animal shelters and rescues. Several states are now considering their own retail pet store bans.

Some people like to get pets from rescues and shelters. That’s fine, but it doesn’t change the fact that dogs and cats from shelters and rescues come from unknown sources. Most shelters and rescues in the U.S. are not regulated or inspected. In many places, anyone can hang out a sign and call themselves a “rescue.” These organizations don’t fall under the auspices of the USDA. Forcing legal businesses, such as pet stores, to sell animals from shelters and rescues instead of animals from regulated, inspected breeders, takes away the freedom of choice from Americans. It also doesn’t make much sense. Why would anyone want to make Americans buy uninspected, unregulated pets instead of pets that are regulated and inspected? More on the reasons a little later.

A Legal Business Under Attack

John Thompson, in the upscale suburb of Franklin, Tennessee, near Nashville, is facing this problem now. His family-owned store, The Pawfect Puppy, has been under attack from animal rights activists since before it opened two years ago. Humane Society Legislative Fund (HSLF – the lobbying arm of the Humane Society of the United States) volunteer Ashley Cunnyngham, a board member of the Williamson County Animal Center, recently urged the Mayor and Board of Aldermen to consider a proposal that would force Thompson to sell only animals from local shelters and rescues at his store. Thompson has met with Mayor Ken Moore and the Board of Aldermen to discuss the ordinance.

No one seemed to question whether Cunnynham might have a conflict of interest in requiring the pet store to sell animals from the Williamson County Animal Center where she is a board member. The center would certainly benefit from the sale of animals they provided under the ordinance.

Speaking about the ordinance, Thompson, who has a bachelor’s degree in business administration with a minor in animal behavioral science, has trained dogs and has shown dogs in the past says, “Our laws shouldn’t be based on an emotion-driven agenda. You may dislike other businesses but you have no right to get rid of legal businesses just because you don’t personally like them.” He points out that there are several stores in the area that sell drug paraphernalia that he doesn’t personally approve of but he doesn’t petition to close the stores or try to force them to stop selling their products. They are legal businesses. He simply chooses not to shop at those stores.

According to Thompson, he has sold over 700 puppies since the store opened two years ago. He has also had many repeat buyers. As he says, pet stores are not breaking any laws and neither are dog breeders. He knows the breeders he uses and, though most of them are out of state, he can visit them any time. Pet stores like his can sell specialized pets that are not available from shelters and rescues such as dogs for people with allergies. He can also sell puppies which are often not available from shelters and rescues. Shelters and rescues are more likely to have older dogs, including mixes that may not appeal to everyone.

Thompson also discussed the issue of liability which hasn’t been addressed much when people talk about pet store ordinances. If he has to sell dogs from shelters with unknown backgrounds and one of these dogs bites a new owner, who is liable? As he points out, the new owner would sue him and his store, not the shelter or rescue. Thompson says that’s one of the reasons why pet stores will go out of business under these ordinances. They can’t afford the liability associated with dogs from unknown sources. Shelters and rescues can sell animals “as is,” but breeders and pet stores can’t do that. They have to follow regulations and they are held responsible for the animals they sell.

One look at the guarantee provided by The Pawfect Puppy and you can see that the puppies from Thompson’s store are not sold “as is.” The puppies have up-to-date, age-appropriate vaccinations; they have been de-wormed; they have a detailed health record; an infectious disease warranty and a congenital birth defect warranty. The puppies are microchipped and they have a prepaid lifetime enrollment in the AKC’s Reunite System so if a puppy is ever lost it’s easier to find the owner and return the puppy to his home.

With more than 250 ordinances similar to the proposed Franklin ordinance already in place in the U.S., you may be wondering what’s behind this push to ban retail pet store sales. We’ll take a look at why legal businesses like The Pawfect Puppy are being targeted in PART TWO of Banning Legal Businesses: The Agenda to Eliminate Pet Stores & Breeders.

Carlotta Cooper is vice president of Sportsmen’s and Animal Owners’ Voting Alliance and contributing writer for The Cavalry Group. Follow The Cavalry Group on Twitter, @TheCavalryGroup, and Facebook. 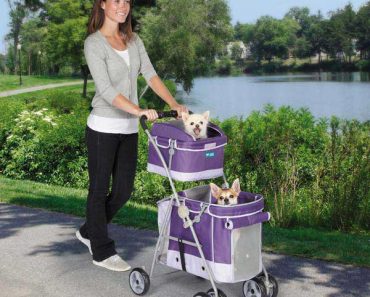 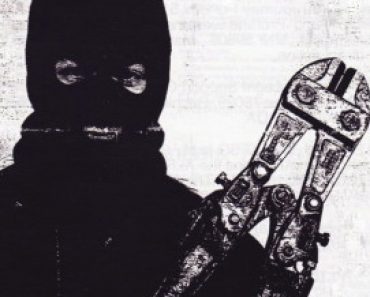