Horse-drawn carriages will soon be a thing of the past in Chicago, the city council voting Friday to stop issuing licenses for the tourist attraction.

Although only three companies operate carriage rides in Chicago, an ordinance effectively banning the industry quickly passed without debate.

Animal rights organizations have argued that carriage horses in big cities like Chicago are overworked and overstimulated, and seem to have won aldermanic support.

Opponents of the ban, however, say horses are meant to work alongside people and the ban is misguided.

“The people who decide the fate for these animals and these owners should at least know something about them,” said Mindy Patterson, President of The Cavalry Group, which works to support animal-related businesses.

“If these horses were not pulling a carriage, they would be in a stall, paddock or field,” Nicki VanTuyl, president of the Carriage Operators of North America, said. “Now this sounds wonderful…but horses enjoy interacting with humans and other species on a daily basis. They are herd animals, whether the herd comes in the form of other horses or humans.”

“There’s a kind of bond between people and horses,” said David Nobbe, a Board Director for the Horsemen’s Council of Illinois. “They respond to each other.”

“Horses have been an integral part of the growth of our society,” Nobbe added. “At one time there were thousands of horses on every street.”

City streets are no place for horses, however, said Alicia Prygoski, the Legislative Manager for the Animal Legal Defense Fund, which has worked towards more stringent carriage regulations in cities like New York and St. Louis.

“It’s an environment that has so much stimulus,” she said. “You are seeing horses being overworked, stressed out, in extreme heat and cold.”

“Being forced to tow hundreds of pounds in traffic, weather conditions and fumes…it’s no way for a horse to spend its life, but this is what carriage horses are forced to do.”

“We’re talking about really unhealthful conditions,” said Director of Legal and Legislative Programs for the Animal Law Resource Center Marcia Kramer of the high-congestion areas like the Loop and Magnificent Mile, tourist areas where horse carriages are usually found.

VanTuyl said “the horses that are used in public have been chosen because of their demeanor and their temperament. Just as not all humans like to work with the public, it’s the same with our horses. Some love the hustle and bustle, and others would rather work quieter events.”

“Nobody knows for sure what an animal is thinking or feeling,” said Nobbe, who was an equine investigator for the state for ten years. “They seem to like their jobs. They look forward to their daily routine.”

“I treat them as I treat my children,” VanTuyl said of her horses. “This is the norm in our industry. These animals are not only livestock, but our four-legged family members.”

Pointing to their safe stables, veterinary care, food and water, Patterson said, “These horses live better lives than most people do. They receive top-notch care.”

Ronda Ewing, president of the Hooved Animal Rescue and Protection Society in Barrington, said carriage horses are, for the most part, well cared for.

“They’re healthier being out and moving and having a job,” Ewing said, rather than standing in stalls, “if they’re sound, and not in pain…not overworked or overheated.”

However, she added, “it’s easier to walk on the soft, cool grass than the hard, hot black pavement.”

Ewing, whose rescue works mainly with “backyard” horses that may be in abusive situations, says the carriage industry itself can be healthy for horses as long as strict guidelines and regulations are followed.

But, she said, “if it’s not being monitored correctly, with no checkpoints in place…it does not make sense to have the charm of that industry continue.”

“The carriage industry is highly regulated, and overseen by veterinarians,” Patterson said. “Veterinarians always have a hand in how the animals are overseen.”

In Chicago, it is required for all carriage horses to be checked out by a vet every three months.

The current regulations also stipulate that carriage horses cannot work more than six hours a day, have to rest for 15 minutes every hour and cannot work when the temperature is under 15 degrees or over 90.

The carriage operators in Chicago have a problem following the rules, though, said Kramer.

“The regulations seem to be ineffectual. You will rarely see a horse out of commission because it’s been working for six hours.”

Kramer added that operators are often caught working horses 10-12 hours a day or in extreme heat, but “consider this a cost of doing business to pay the fines.”

“It doesn’t change their actions,” Kramer said. “The industry just ignores that as their way of doing business.”

“Carriage operators have racked up hundreds of violations despite regulations being in place,” Prygoski added.

Although animal welfare groups have been monitoring and reporting violations, said Kramer, Animal Care and Control and the police department have bigger priorities in Chicago.

“It’s been a burden on them to have to keep tabs on carriage horses. You take the horses off the street, then there’s no issue because there’s no horses to monitor.”

“There is a lot of culpability from the owners,” Kramer said of the ban passing. “If they had complied with the ordinance, this wouldn’t have happened.”

“Enforcing regulations is one thing, but banning an industry outright is wrong and completely unfair,” Patterson said.

“Lawful American businesses deserve the protection of local government,” Patterson went on. ““It’s an injustice that has been done to legal businesses, and to the horses quite frankly. It’s a sad day.”

Patterson said that while animal rights groups may see the ban as a win, “that agenda is based purely on emotion, not science or facts.”

Both Patterson and VanTuyl also pointed to the other businesses involved in the industry – from feed and horseshoe suppliers to veterinarians – that will be affected.

However, “it’s not a big, booming industry,” Kramer said, adding that the city sees very little revenue from it.

But Patterson pointed out that “once these horses are banned from urban settings there will be very little opportunity for urban dwellers to have contact with them.”

Nobbe agreed that carriage horses are good for people living in cities.

“It gives them some idea of how things work,” he said, pointing out that many people eating hamburgers or drinking milk have never even seen a cow.

“At one time horses were the way farming was done…they have a very significant part in our history.”

VanTuyl echoed that sentiment, saying “The people of Chicago will be losing a piece of history.”

“We lose a little bit of nostalgia and charm, but what we gain is perhaps people feeling a little bit better about the poor animals working in inhumane weather conditions,” Ewing said of the ban. “If it’s better for the animals, I’m for it.”

“It shouldn’t be considered iconic… just because it’s been a part of the city for so long doesn’t mean it should be,” Prygoski said of the carriage industry. “What we hope and encourage is that horses be retired to accredited sanctuaries so that they can live out the remainder of their lives in an environment free of abuse and exploitation.”

Current Chicago carriage licenses will be honored until Jan. 1, 2021, but the city will stop granting renewals and issuing new ones effective immediately.

Read the original article by Lisa Klein at courthousenews.com here. 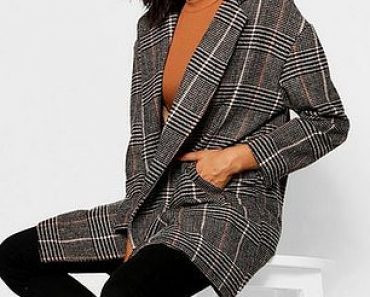 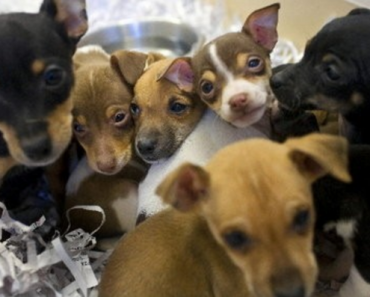 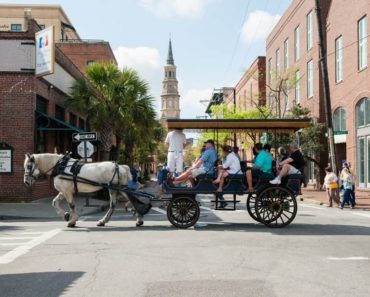