Read the original article by David Heffernan at forbes.com here.

If you have noticed an increase in the number of animals on flights and in airport terminals, you are not hallucinating.  In 2017, U.S. airlines transported one million “service animals” – animals that accompany a person with a disability.  By law, these animals may travel in the aircraft cabin without being confined to a pet carrier or being subject to an airline-imposed pet fee.  Of these one million animals, more than three quarters are emotional support or comfort animals (or ESAs) – animals that the passenger claims he or she needs due to an emotional or mental disability.  These numbers are growing rapidly: airlines predict that ESAs will increase by 150% over the next five years.

In fact, many passengers traveling with ESAs are not “disabled” at all: their animals are pets which are not trained to provide any “service.”  Unscrupulous vendors have enabled this trend by selling “service animal” credentials online.  The passengers’ motivations are obvious: they want their animal to travel in cabin rather than in the cargo hold.  They also want to avoid paying the airline a pet fee that can be $250 for a roundtrip journey.

The sheer volume of these animals, coupled with the fact that most are not trained as service animals or to behave appropriately in the aircraft cabin, is creating enormous problems.  Airlines report that ESAs frequently urinate, defecate, occupy seats (instead of remaining in the passenger’s foot space), and eat off tray tables.  Even worse, ESAs have scratched, growled and barked at other service animals (e.g., seeing-eye dogs), flight attendants, gate agents, and other passengers.  Most troubling of all, ESAs have bitten or attacked other passengers, including children, airline employees, and other service animals.  In June 2017, a window-seat passenger was trapped and mauled by a 40-50 pound pit bull traveling as an ESA. The passenger required 28 stitches to suture facial injuries. Recently, an ESA bit a child on the forehead before the plane even left the gate.

Compounding this problem, passengers in increasing numbers are trying to bring in cabin not just domestic animals, such as dogs and cats, but wild and exotic animals, including monkeys, pigs, and fowl.  In recent (separate) incidents that attracted extensive media attention, airline passengers tried to bring a peacock and a squirrel on board commercial flights as ESAs. 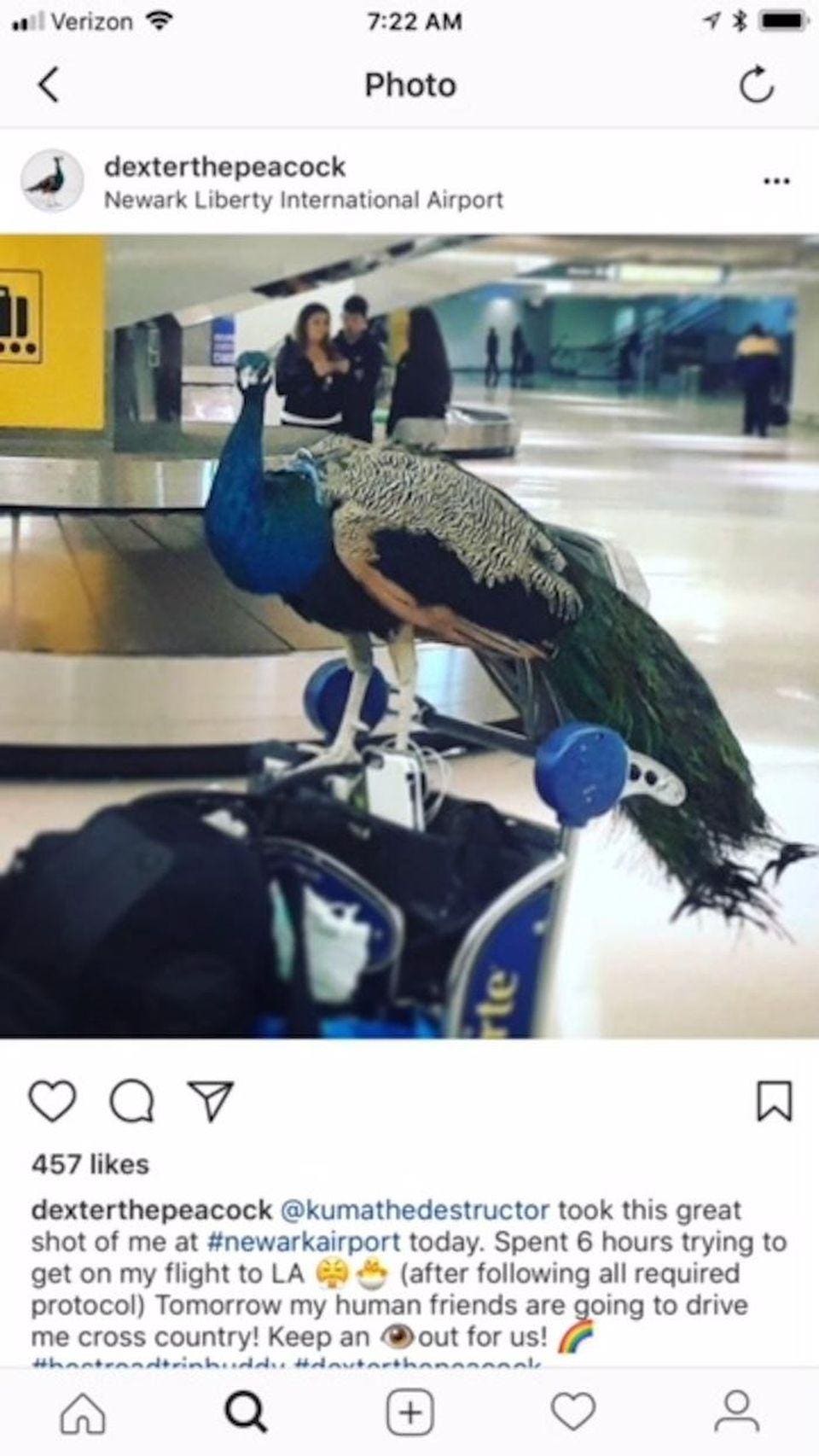 Current service animal regulations presumptively require airlines to accommodate ESAs and strictly limit airlines’ ability to question whether an individual is disabled and whether their animal is really a “service animal.”  These passengers often claim that they need to be accompanied in cabin by their “ESA” because of a fear of flying, but that is not a recognized disability under the law.

In response to the growing ESA problem, Congress recently passed a lawrequiring the U.S. Department of Transportation (DOT) to consider changing its service animal rules.  DOT is reviewing the problem with the stated goal of preventing “instances of fraud and ensur[ing] consistency with other federal regulations.” DOT is expected to issue a proposed rule by the end of the first quarter of 2019.

Some airlines have changed their policies to exclude wild animals and require more rigorous documentation to validate passengers’ claims of disability and the need to travel with an ESA in cabin, but the current DOT rules constrain airlines’ ability to address the problem. Therefore, the airlines have proposed a regulatory solution that would strike a sensible balance between preserving the legitimate right of passengers with a disability to travel with trained service animals (typically but not always seeing-eye dogs) and preventing ESA-related fraud and abuse. Some disability advocacy groups, particularly those that represent individuals with physical disabilities, including users of seeing-eye dogs, support changes to the existing rules governing ESAs, but other disability groups are concerned about any reduction in the scope of rights and accommodations for air travelers with disabilities.

The airlines’ solution would have DOT bring its service animals rules into line with those of the Department of Justice (DOJ), which apply to places of public accommodation throughout the U.S., including stores, hotels, stadiums, airports, and other modes of transportation (e.g., buses and trains).  DOJ’s regulations (unlike DOT’s) do not require accommodation of ESAs, precisely because these animals are not trained to perform any task to assist an individual with a disability or behave appropriately in a public setting.  This would remedy the current conflict between individuals having no right to bring an ESA into an airport terminal, bus or train, but having a DOT-conferred right to bring such animals into an aircraft cabin – a place of public accommodation that is particularly unsuited for untrained animals.  An aircraft cabin is a confined space in which people and baggage (and increasingly also animals) are transported in close proximity to one another for hours at a time in a metal tube that tips and sways while moving at hundreds of miles per hour, with no ability to remove a misbehaving or dangerous animal from the cabin once an aircraft is in flight.  The airlines’ proposal would fix this problem by bringing DOT’s air travel rules into line with DOJ’s generally applicable rules.  DOT should implement this solution.